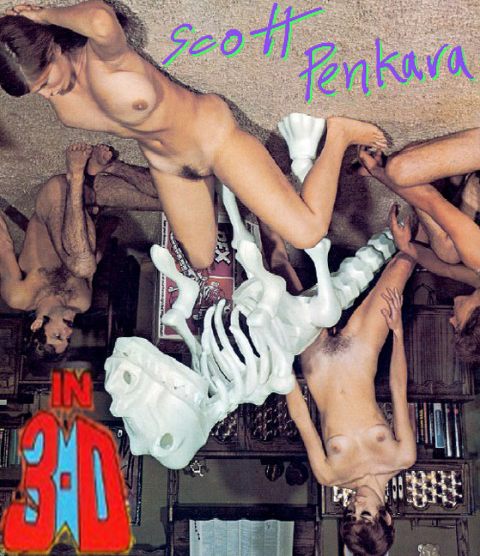 Postcard for SCOTT PENKAVA IN 3D!!! 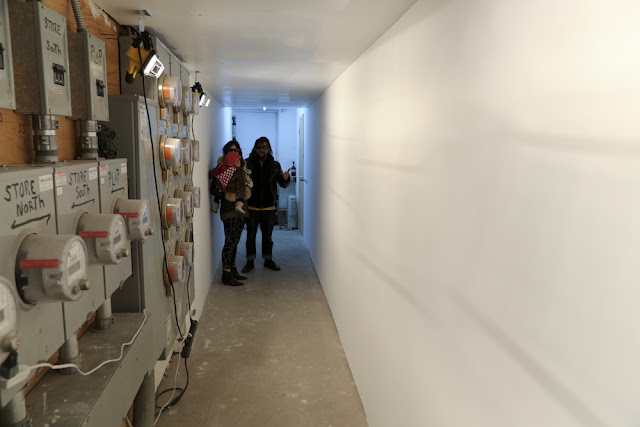 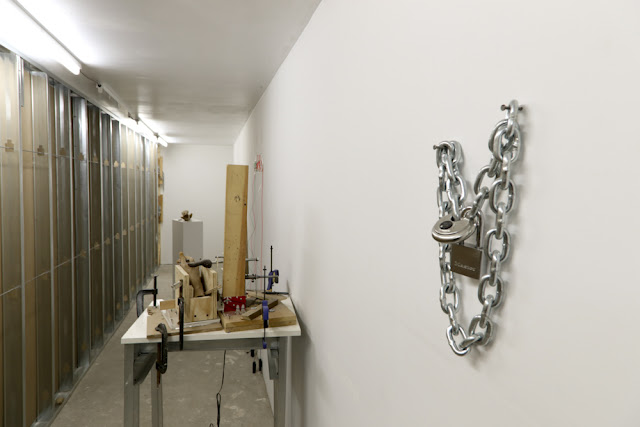 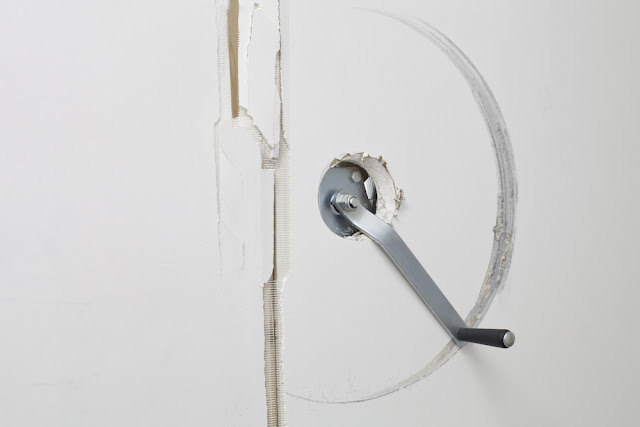 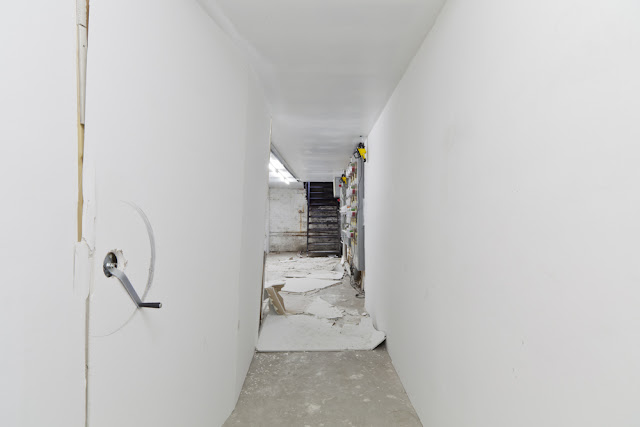 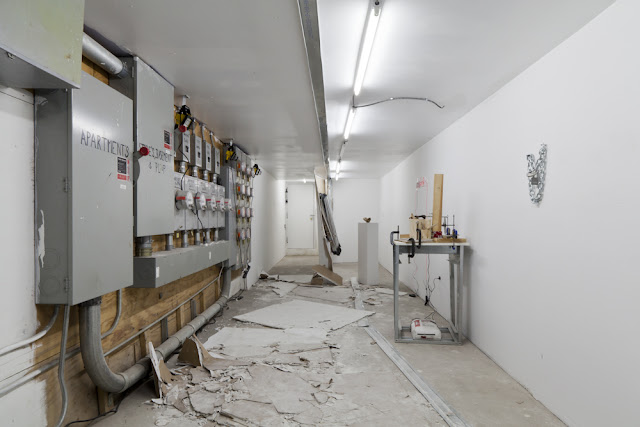 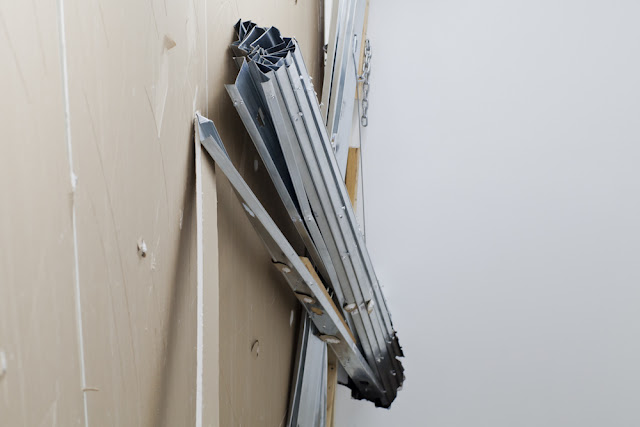 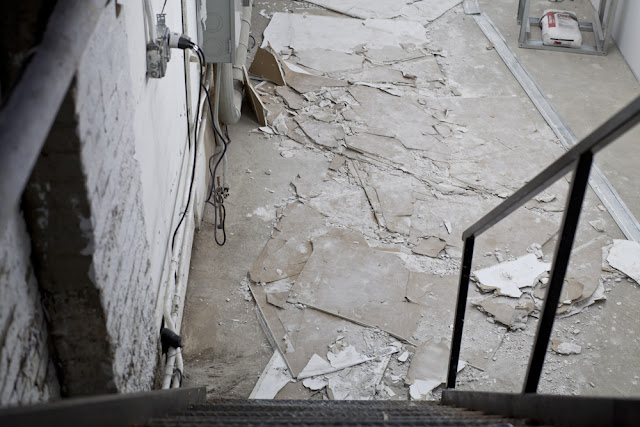 you let me love you, until i was a failure...
Sheetrock, studs, plaster, paint, winch, chain
2013
Dims variable 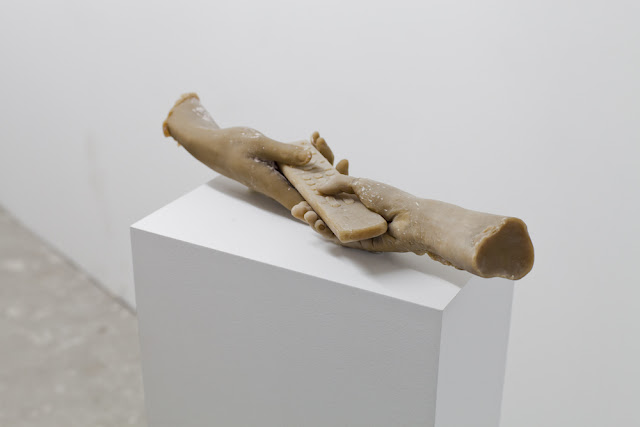 Bukowski wrote something about it not being the large things in life that drive us mad, but the simple things the broken buttons and snapped shoelaces, adding up and driving us mad, in the same way, it's not all of the large things that you have in common with a person that make up so much of your relationship, but the small things. having a favorite food in common, remembering to buy someone else chocolate or beer, even when you don't like it yourself. its building up all of that little shit creates the inertia that creates what sustains a relationship. so its this simple exchange a hand gesture that echos the birth of man, that we do all the time that creates a relationship. 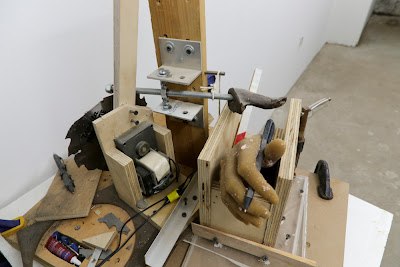 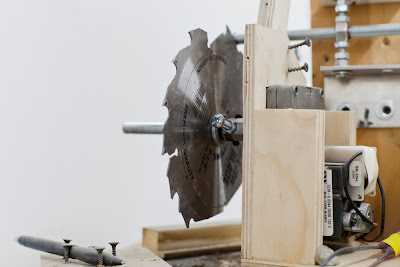 
There's something in the way that the machine that E.T. built that surpasses anything that i have ever seen engineered by art or science, it works in my brain in a way that only an eight year old can comprehend. a way that really works, so magically, a way that nothing works when i'm sitting up late trying to work. You know how you drink a cup of coffee late into the night to work late, but instead you sit and worry. the machine works the way i want a thing like that to work, but is about how so often you can't work the way you want to work.
Building this kind of machine i just flow back and forth, fiddling, adjusting, tweaking, until it working on it, an accident happens, and when that happens suddenly the motion becomes more more authentic than i could have imagined, maybe not always, it's not a perfect repeating reliable machine, it's a machine that comes into occasional moments of perfection. A machine that does the same thing over and over again exactly the same way isn't human, a machine that repeats almost the same thing over and over and sometimes gets it right, but often doesn't but keeps doing the same thing, that's human. 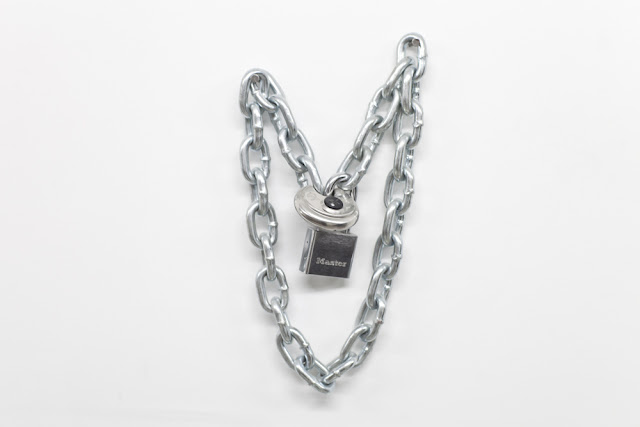 
On job sites they lock the doors shut with a chain, the individual crews each have a padlock on that chain, each padlock functions as a link on that chain. It's a perfect trust exercise, anyone can betray anyone at anytime, but violating that trust has such a limited window. You get one violation, make the most of it, but it's not worth it, there's not enough to steal to make up for the relationships you have in there. it's the practical application of the prisoners dilemma. 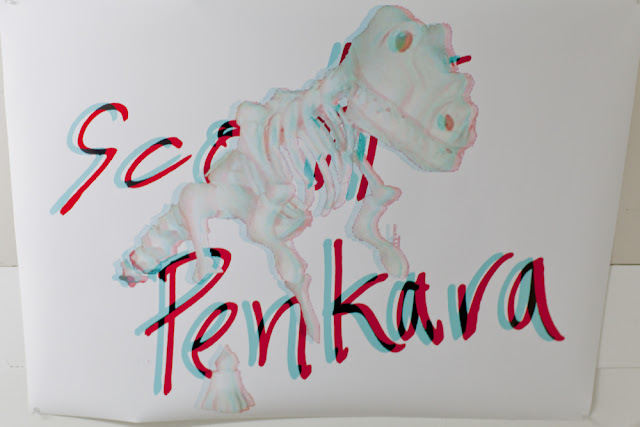