i make art and i'm not smarter than you... @ ArtSPACE New Haven 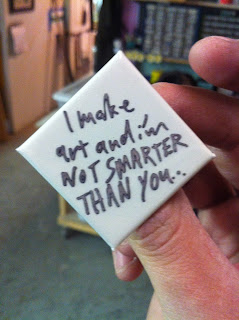 I have an exhibition running from May 5 - 31, 2012 at ArtSPACE New Haven (50 orange st. New Haven, CT 06510). There will be four or five new sculptures and a new multiple in the show, and the opening is on Saturday night! Also, i would be remiss to not mention that the space will also be open on Sunday May 6th from 12-6 (normally they are closed on sundays), due to the fact that Yale Open Studios is happening at the same time, so anyone who is commuting for this event gets to kill two birds with one stone. Actually you should eat a Miya's while you're in New Haven, thereby killing three birds.

and now some things from the press release:


I wasn't exactly raised by wolves, but I didn't have a whole lot of supervision either, what I did have was rules, lots of them, and I hated the rules. I was allowed books, which allowed escape from the rules. Lacking supervision and having a rich internal life I developed a notion of the man I would grow into, an internal father figure, and I grew up to be that, kind of. The problem arises when you become what you thought was cool when you were ten, and now you're a grown up and some of that is kind of silly, because being everything that you learned from Bruce Springsteen's three minute record doesn't quite add up to a life. At the same time that inner child is still kicking around in there, and needs your attention the same as ever. So I guess I'm still trying to impress and care for myself at the same time. I'm building a lego model of a motorcycle that I'm going to have when I grow up. 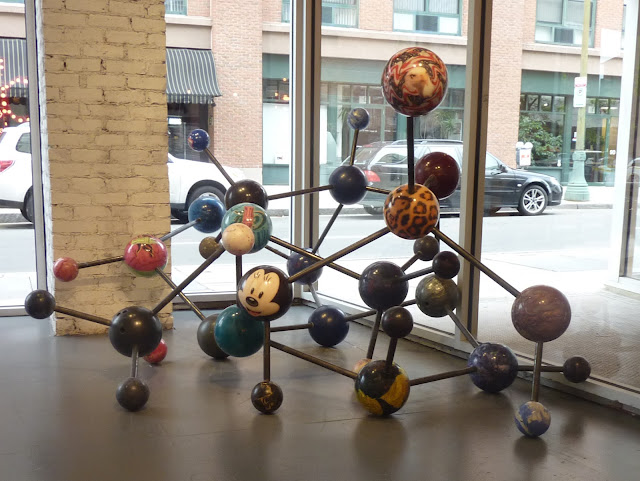 "your thoughts aren't real things, and neither are your feelings..."
molecular model of psilocybin
bowling balls and black iron pipes
dimensions variable, approximately 6'x10'x8' in this installation 2012 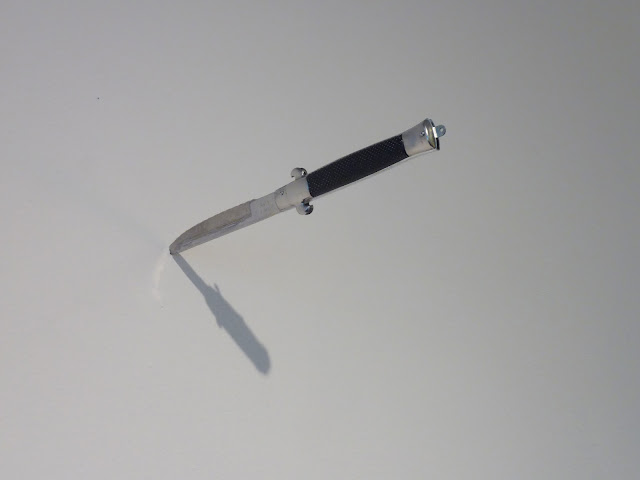 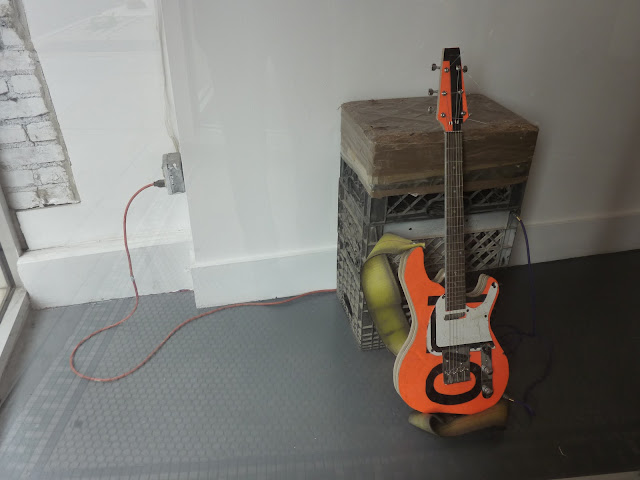 Posted by scott penkava at 2:51 PM No comments:

"even damnation is poisoned with rainbows..."

"even damnation is poisoned with rainbows..."
OSB, plexiglass, motor, lights, cowbell, paint 2011
Posted by scott penkava at 2:40 PM No comments: