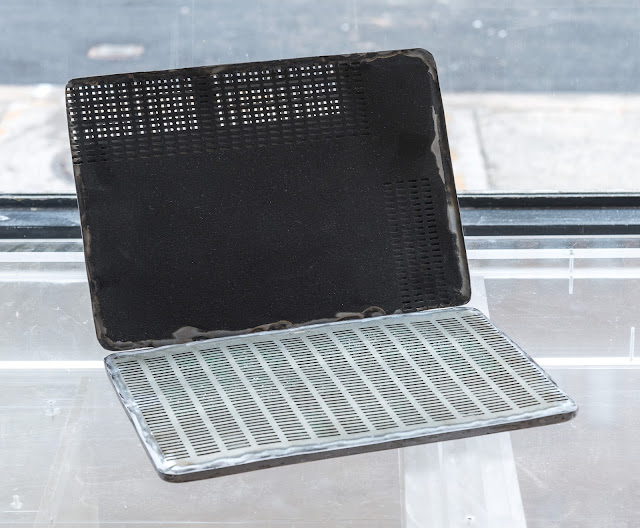 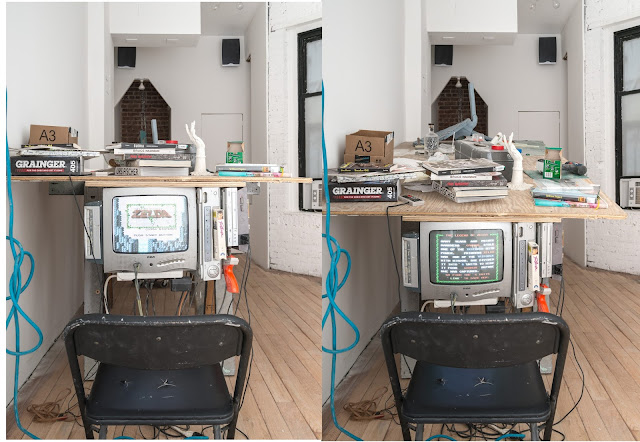 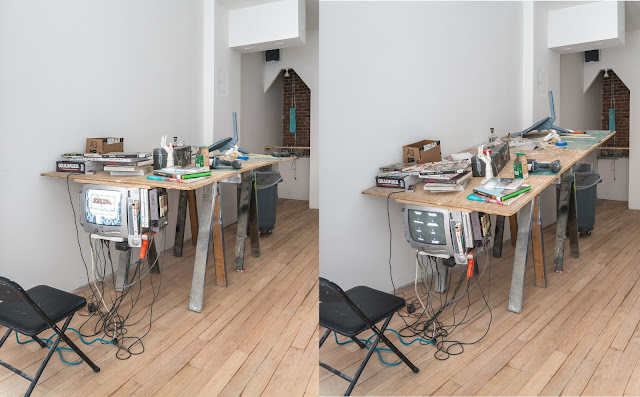 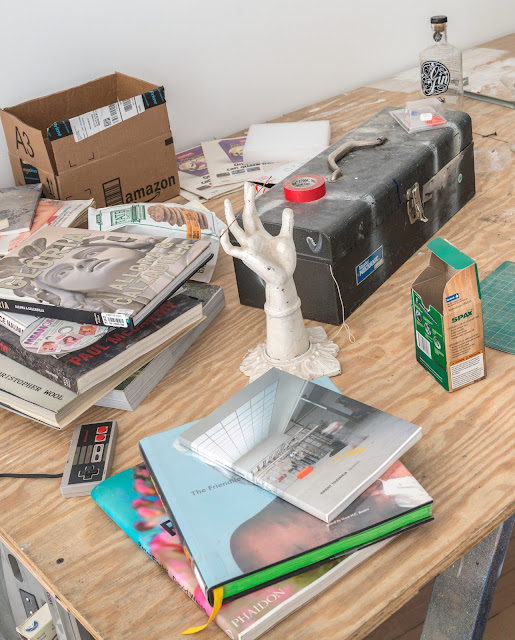 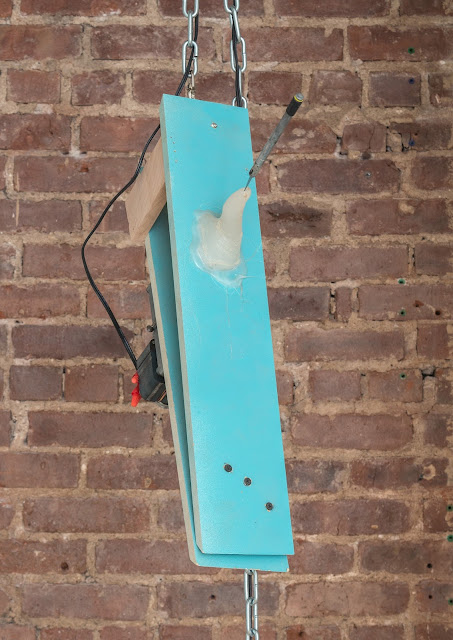 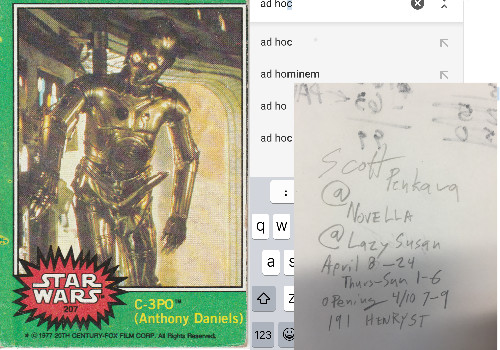 Scott Penkava's ad hoc ad hominem is a bent re-imagining of a work-space, that examines the benefits and pitfalls of a studio practice. The anchor piece of the show, titled "all the useless things my hands have done..." is a large work table, covered in artworks, tools, books and distractions, that slowly and of it's own accord tilts itself up and then comes back down to rest. To quote the artist, "One day in grad school I set my over loaded backpack down on the end of my sawhorse style table, the whole thing tumbled toward me. As I stood there trying to assign blame to the crappy table or the heavy bag, I realized that I made both of them, and that this was going to be a battle that went on forever, and I was going to have to accept the disruptive and balancing force that was my studio, or I was going to have to quit, and let that disruption manifest itself in my every day life."
The titular piece of the show, "ad hoc ad hominem" pulls its title from two latin phrases meaning "for this" and "at the person", ad hoc being familiar to most artists as description of a slap dash approach to making, often used by artists such as Bruce Nauman, whose fingerprints are all over this work. The phrase ad hominem is less familiar; it refers to an argument that is made by attacking the character of the person making rather than the argument itself. The work is an awkward piece suspended from a chain where a casting of a thumb is eternally drilled into by a mechanized exacto knife. Again from a conversation with the artist, "My former studiomate and friend Katherine Behar, who generally considers herself a performance/video artist, said to me one day, 'I'm making sculpture now!' I was puzzled because she had made a bunch of objects in the time I had known her and I said as much, she replied, 'The material I'm working with now is toxic and the process is dangerous, that's real sculpture.' She was being funny of course, but when I looked around my studio and saw the way that the objects and processes that were everywhere threatened me I realized that there was something that courted death in the practice of sculpture. Most other fields have been able to eliminate their poisons, but sculpture has a strong death drive that seems built into it."
One of the smaller works in the show entitled "it's not much for collateral..." is a sculpture of a laptop, lovingly, albeit roughly constructed from parts of old VCRs. The form meditates on the ubiquity of the current technology that has replaced the technology of the material used to make this copy. Karl Marx wrote, ‘Men make their own history, but they do not make it just as they please, they do not make it under circumstances chosen by themselves, but under circumstances directly encountered, given and transmitted from the past’ (Marx, 1951). This work creates a trash totem to an idol of modern design, playing with representation and presentation, while never giving over to simulation.
Posted by scott penkava at 1:02 PM